Someone has been dumping condo advertising boards in a Toronto ravine

Twelve real estate signs were dumped in the Don Valley, on the east side of Bayview Avenue near Pottery Road.

A community group called Don’t Mess with the Don removed the 3×5 signs last week and got in touch with one of the real estate sales companies whose condos they were promoting.

“They were too heavy to pick up by one person. They are really big. In photos they just look poster size,” Irene Vandertop, a Don’t Mess with the Don founder, said.

Vandertop contacted every realtor on the signs. Only one picked up their litter.

Paul Johnston, owner of Unique Urban Homes, a sales and marketing agency who represents The Vince, arranged for all of the signs to be picked up within a couple of hours. 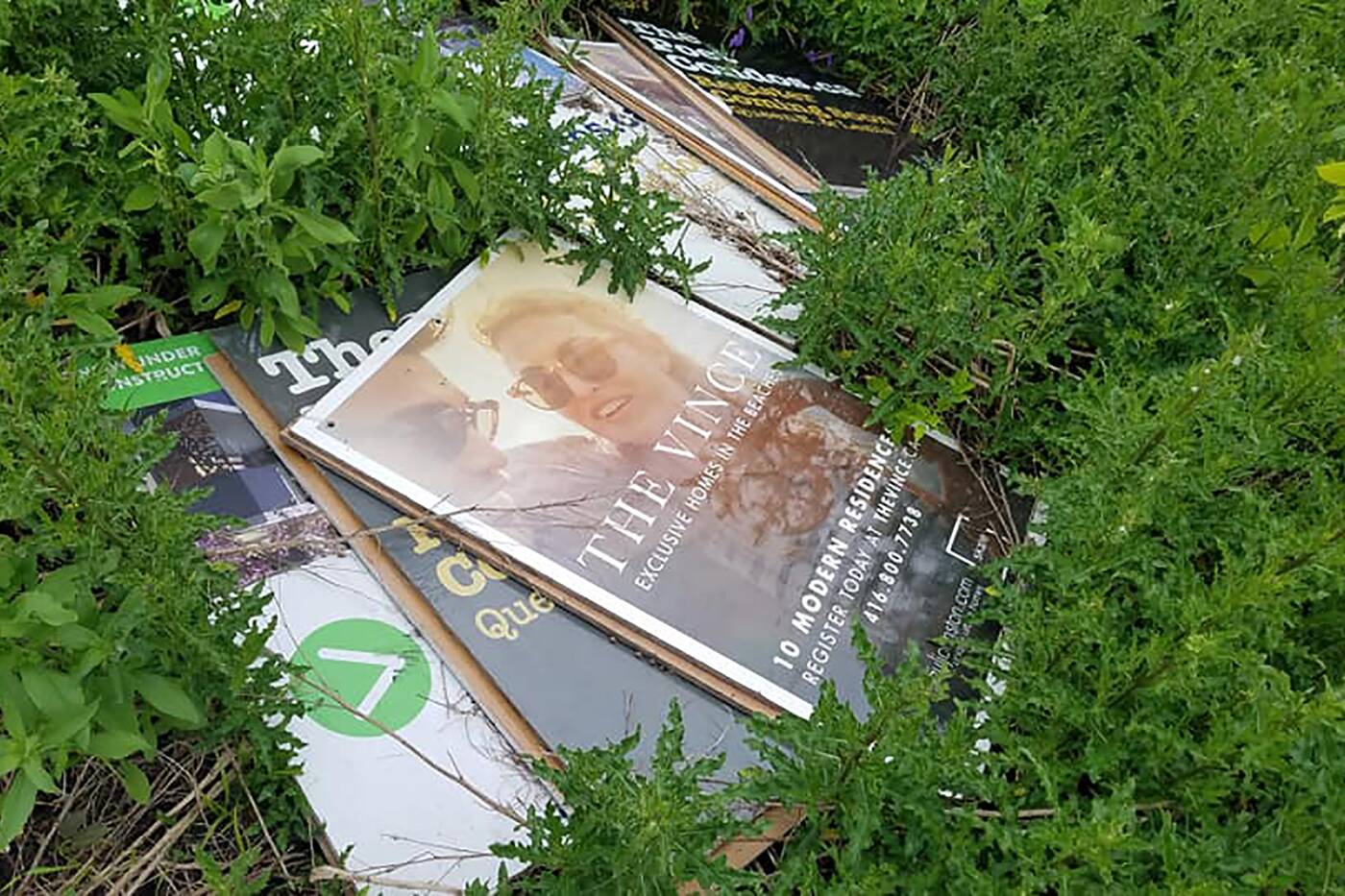 When Vandertop got in contact with an official at Rockport Group, they said they would only pick up their own boards the following day. The company claimed homeless people steal their signs and use them to build shelters.

“I find this such a lame excuse,” Vandertop said. “This is not the area where homeless people hangout and it takes multiple people to move these boards. It’s just an excuse to get rid of their responsibility.”

The discovery of these signs followed Don Valley Park’s litter cleanup event last Tuesday, but a member of the Don’t Mess with the Don Facebook group said she “called last month about these signs…[but] physically couldn’t move them.”

The illegal posting and dumping of billboards in Toronto has been a long, ongoing issue.

Often, a business owner, commonly of a real estate company, will hire a contractor to put up signs advertising their condos or apartments, without a permit.

Johnston said his company typically pays for permits for signs near their condo development sales centres and then distributes additional signs on weekends without permits.

This is common practice, according to Johnston. 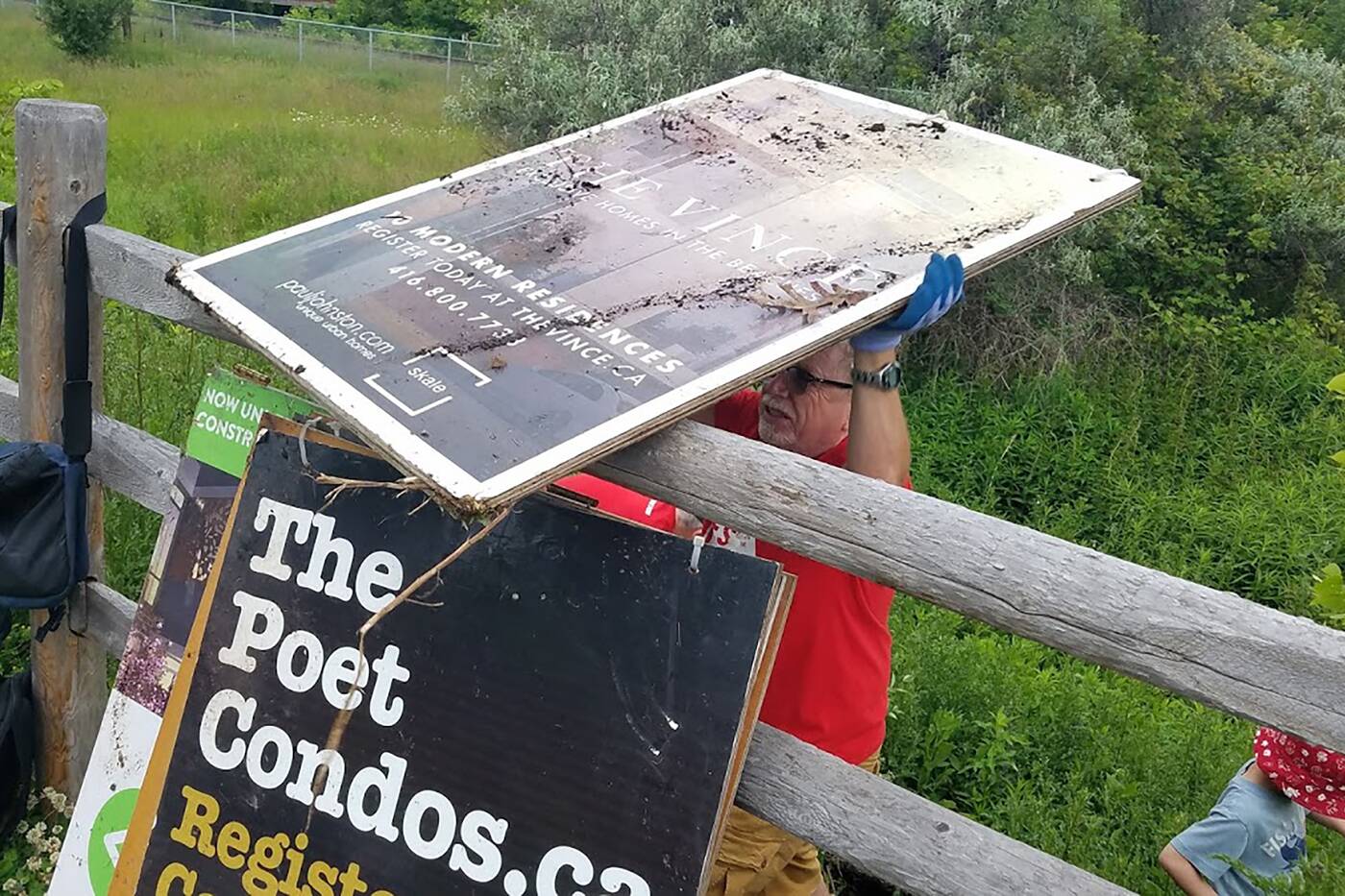 After the pushback of illegal signs, the city passed a new sign bylaw in 2009, aimed at regulating and taxing advertisements put up without permits. At the time, almost half of the city’s signs were illegally posted and the bylaw had not been update in 10 to 15 years.